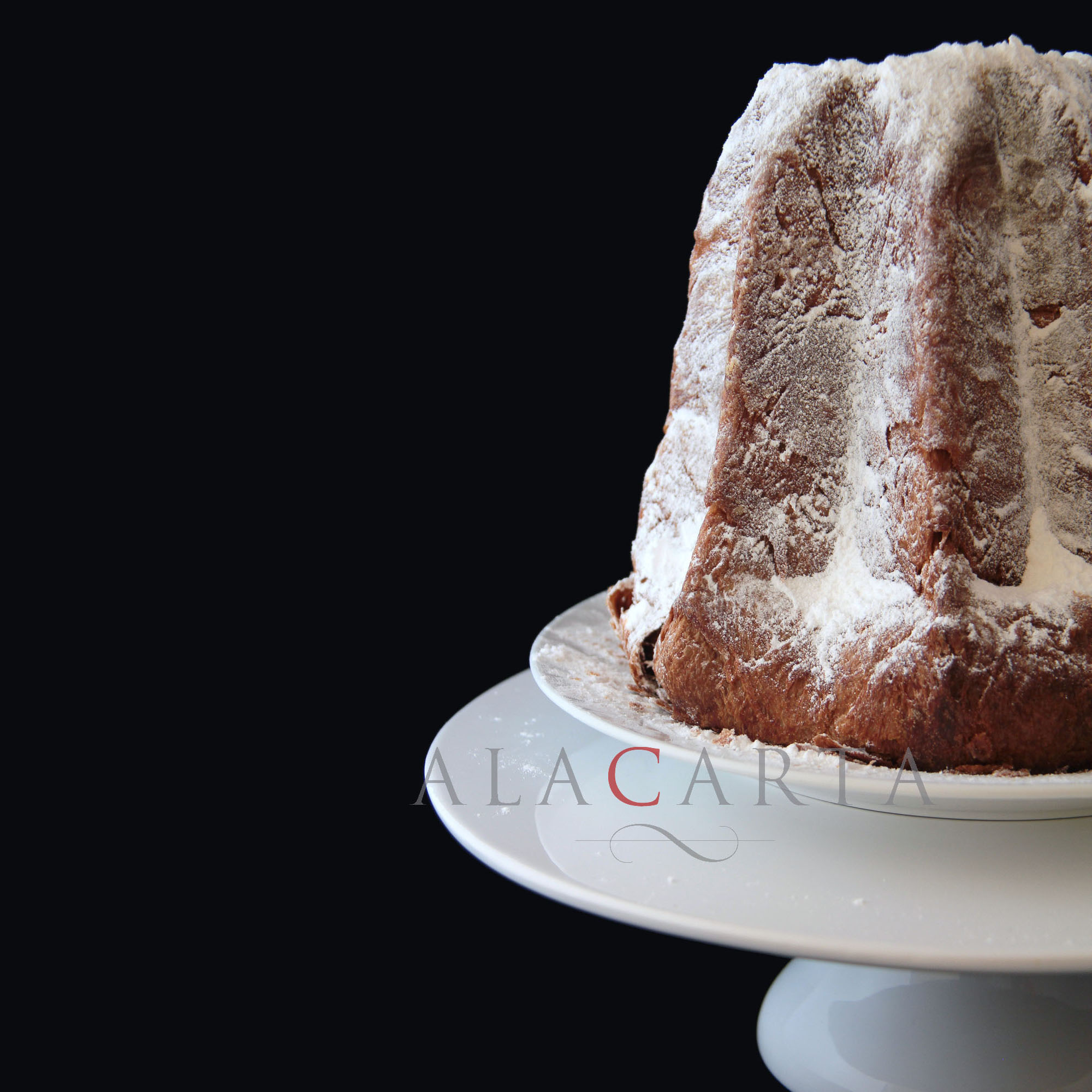 Get inspired to prepare your own homemade Pandoro!

Get inspired to prepare your own homemade Pandoro!

We encourage everyone to make his or her own Pandoro at home: it is much easier than it seems; although somewhat laborious, you achieve a great sense of satisfaction in the end.  The smell of freshly baked Pandoro is unforgettable.  And the heavenly texture…later, you will see how hard it is to resist eating all of the warm Pandoro.

The recipe that I am going to present is from the famous sisters, Margherita and Valeria Simili, found in the book, “Bread and Sweet Stuff.”

Before I begin, it should be noted that a special Pandoro baking mold is essential for this recipe; it is tapered with 8 pointed sections (purchased easily online).  It can be made of different materials, but the ideal mold is made out of aluminum.  Silicon molds don’t function very well because the weight of the dough can stretch the mold and deform its shape. They also come in various sizes, depending on the weight of the Pandoro that you want to make.  The perfect size is one kilogram (2.2 pounds), so that (making a comparison with the bread) there is a perfect relation between the “crust” and the “crumb.”  The problem is that this big size might not fit in all ovens, mostly due to its vertical form, which must be taken into account when preparing to bake Pandoro.

My Pandoro mold remained unused for almost three years as I waited to find the courage to make the traditional bread – lost time!  It is a non-stick mold for a 750gram (1.7 pound) Pandoro and I had problems with the oven’s height…take care that your oven has enough room for the dough to rise! The non-stick mold is not the best – I bought it because it was the holiday season and the only one I could manage to find; they were almost sold out!

The following recipe is for baking a 1 Kg Pandoro.

For the kneading the dough I used an electric stand mixer (mine is KitchenAid) and allowed all fermentation to occur in the machine’s bowl. 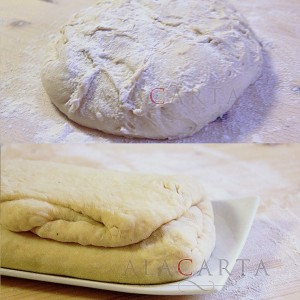 Making Pandoro calls for three kneaded dough balls and a final laminate.  The ingredients used during these procedures will be subtracted from the total amount indicated above.  In order to give you an idea of the time taken up in the process, I have indicated the hour in which I carried out each step.

If you have 140 grams of mother dough, skip this step and use it directly (it’s even better).  In this case, go directly to the second kneading.

Melt the yeast in warm water.   Add the yolk, followed by the sugar and the flour.  Mix well so that there are no lumps.  Cover with plastic wrap and leave to ferment until it doubles in size (1 to 1.5 hours).

Ingredients to add to the poolish:

Dissolve baker’s yeast in 2 tablespoons of warm water.  Add it to the poolish.  Mix.  Attach the hook for kneading, turn on the mixer at low speed and add half of the flour.  Add the egg, the rest of the flour, the sugar and finally butter at the end.

Cover with plastic wrap and leave to ferment until it doubles in size again (also 1 to 1.5 hours).

Ingredients to add to the second kneading:

Turn on the electric stand mixer at low speed and add the flour and the sugar.  Then the eggs, salt and vanilla.  Knead for about a half hour.

In order to determine if the dough is at a point where its elasticity must be controlled: tear off a piece of dough and see if it stretches to form a very fine film without breaking.  This means that the gluten has formed (from the hydration of proteins present in the flour) and that the dough is ready for the final fermentation.

Cover with plastic wrap once again and leave to ferment in the refrigerator overnight (10 to 12 hours).  Have patience and allow this fermentation to take place for a long time at low temperatures.  This ensures that the Pandoro dough will be smoother and, above all, easier to digest.  If you don’t have much time, let the dough ferment at room temperature until it doubles in size.

Remove the dough from the bowl and spread it on the table with a roller.  Try to make the dough as rectangular as possible.  Place the butter between two pieces of plastic wrap and crush it with the pin roller until it also has a rectangular shape, approximately one half centimeter thick.  Put the sheet of butter in the center of the dough.  Close all four sides inward, wrapping the butter as if it was an envelope, then fold it in half.

Spread the dough so it is folded back to a rectangular shape, similar in size to the initial rectangle.  Fold it so that 1/3 of the dough is on top and 1/3 is underneath.  Keep it in the fridge for about a half hour, covered with plastic wrap.

Repeat this process of folding into thirds two more times, taking care to always make the fold from the same side – spread with the roller until the dough has a rectangular shape, fold and put in the fridge covered with film.

Grease the mold well with butter.  Remove the dough from the fridge.  Shape it into a ball leaving the folds down and put it in the mold.  Let the dough rise until its stands slightly above the mold. 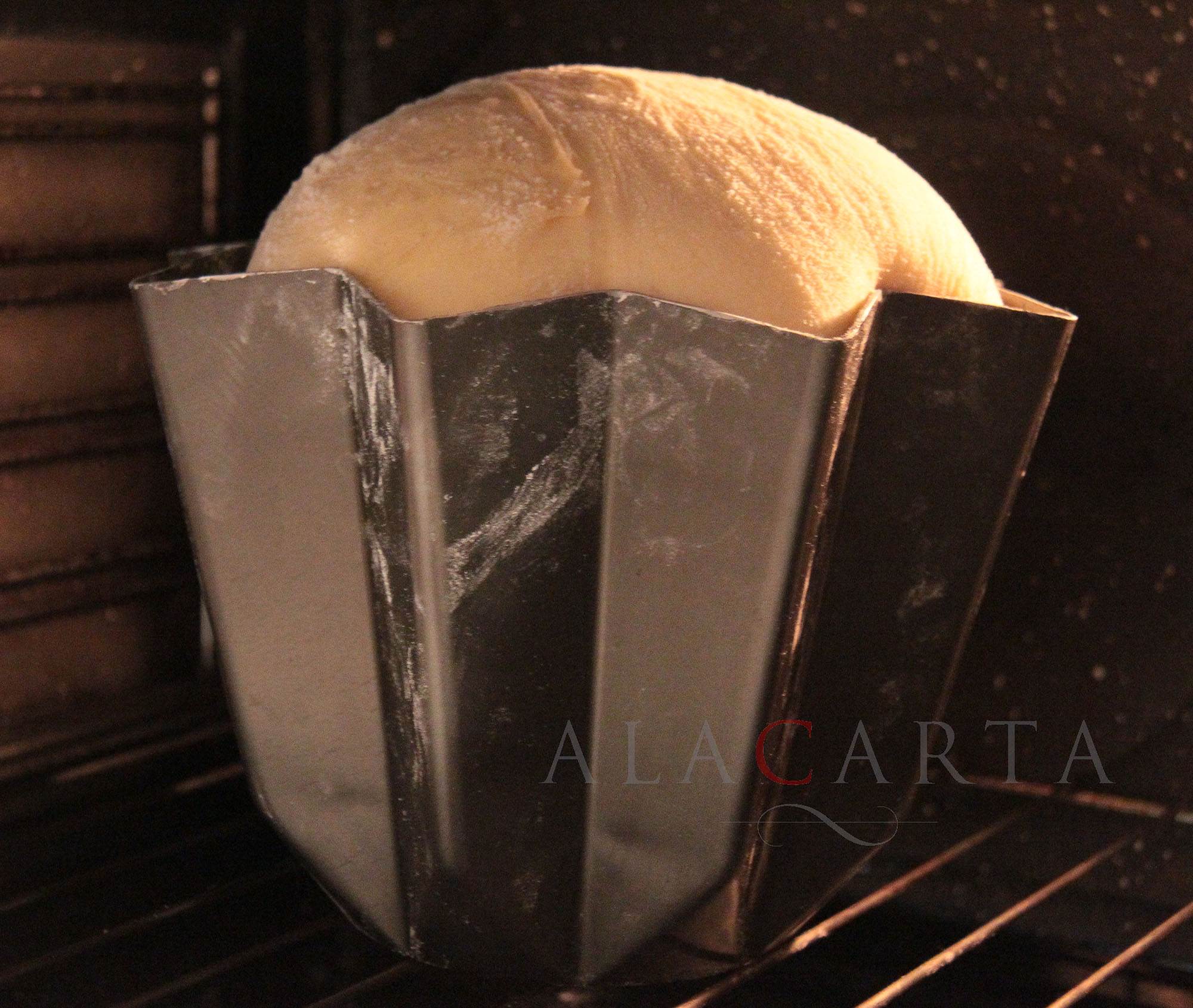 Place it in the oven at 180º for ten minutes and later for another 30 minutes at 160º.  In reality, the temperature changes greatly depending on the oven.  The most important thing is to watch the top so it doesn’t burn (it can be too close to the oven’s upper heat source, especially if the oven is not very big).  If necessary, put a sheet of aluminum foil on top of the pan to protect the dough.

Remove from the oven and let it cool.  Remove the mold and sprinkle sugar on top before serving. 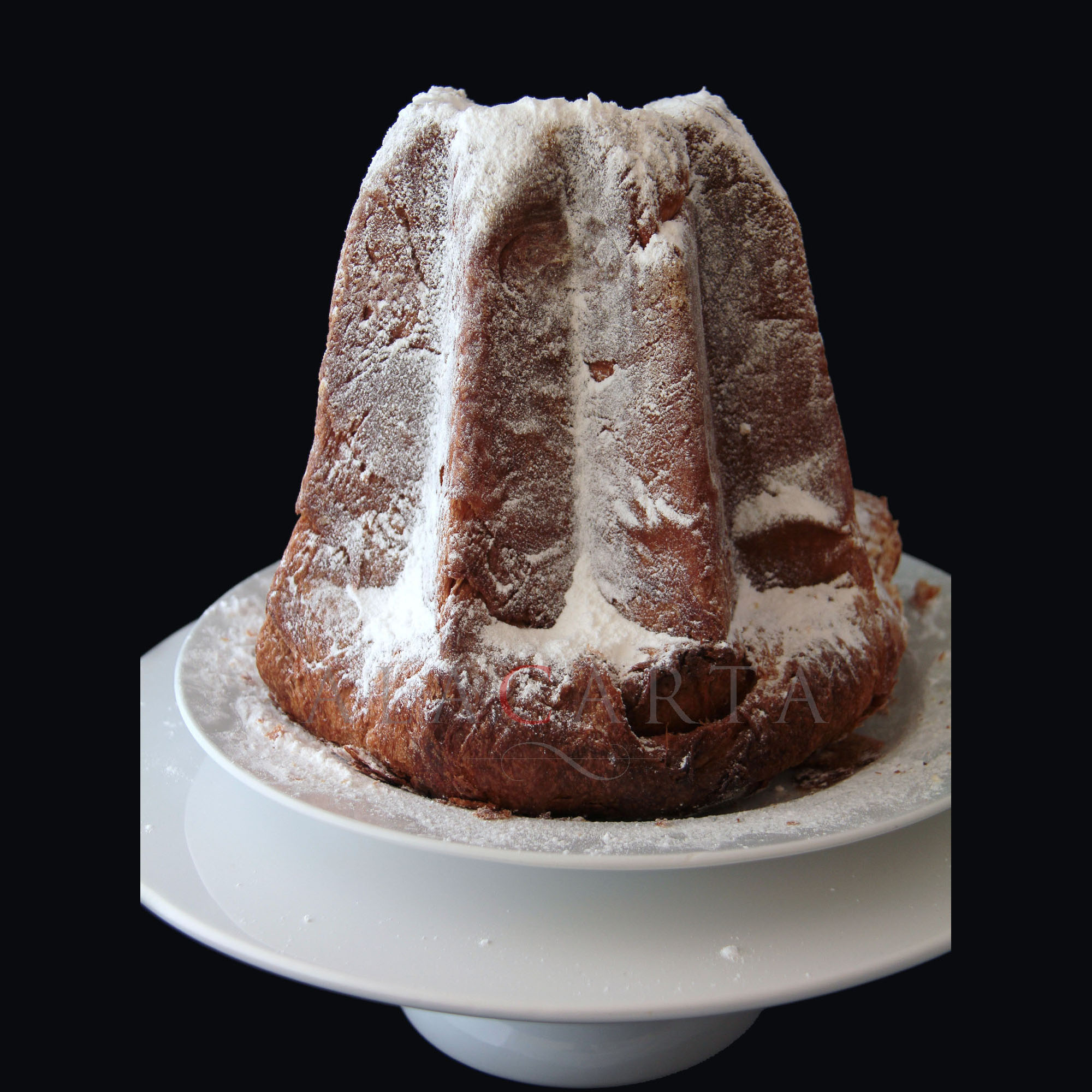 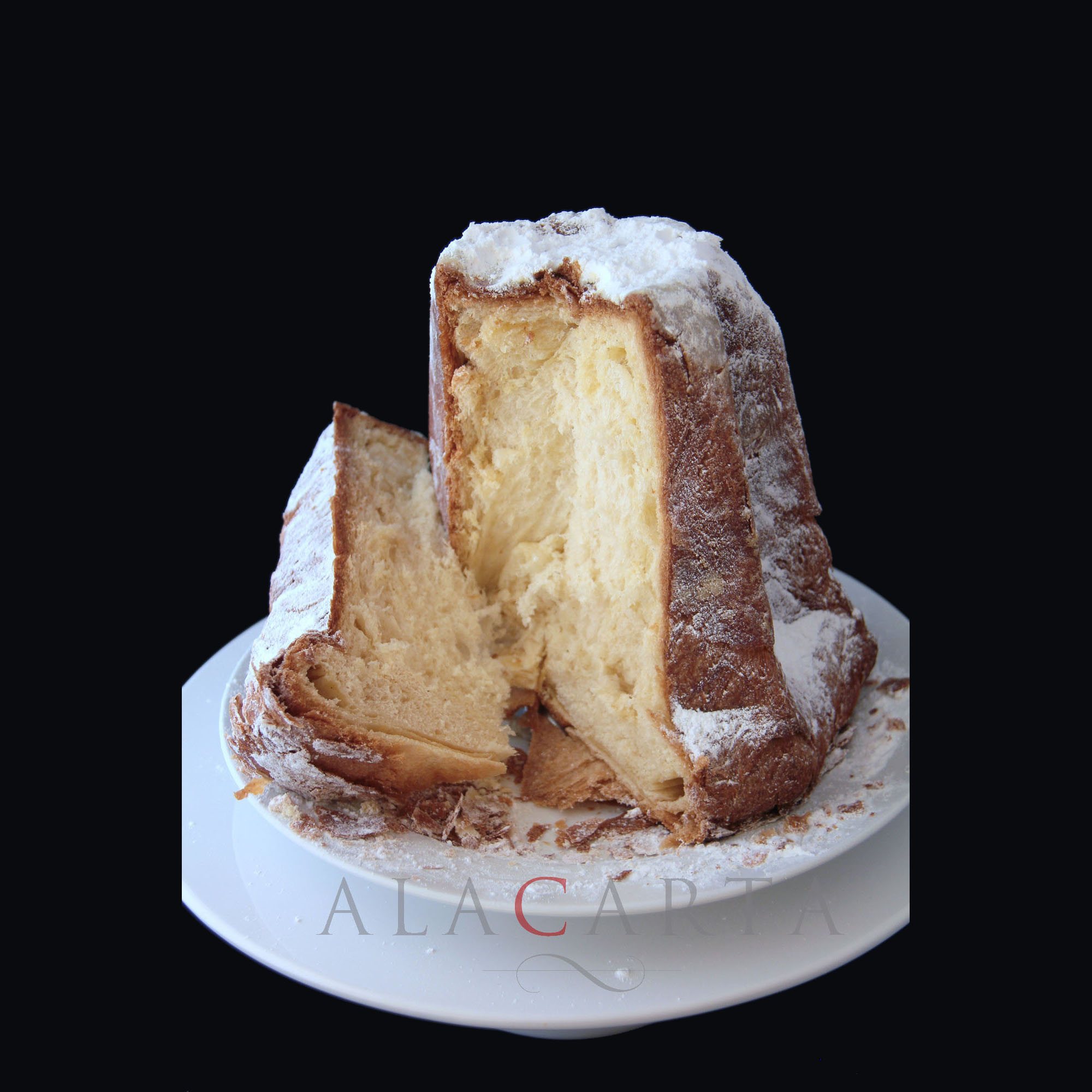